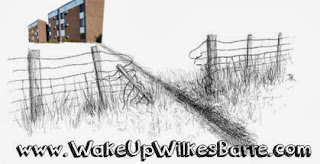 The newly installed fence separating Sherman Hills, and Interfaith Heights hasn’t even been up for a month, and already city police are experiencing problems?

Go figure: Another one of his lordships quick fixes doesn’t hold…

According to IRC NUMBER:130194885, OFFICER: Ptl. P. Crawford, On Saturday 09-28-13 at 1325 hrs WBPD received a call stating a male was just observed entering Sherman Hills through a gap in the fence and he zip tied the fence back together. Officers arrived on scene as the male was exiting. Officers instructed the male to stop at which time he fled and was quickly apprehended. Search incident to arrest revealed the male, identified as DAVID CHARLES CALLAHAN, to be in possession of (10) plastic bags of a hard chalky substance, suspected crack cocaine and (2) plastic bags containing suspected heroin.

Who paid for the fence remains under investigation, as two city employees have told Wake Up Wilkes Barre (off the record) that they believe the city paid for the seemingly worthless fence.


Now come the problem, all sources who have provided statements to WUWB are trusted, (the 2 employees, and the high ranking official, who has never to the best of our knowledge provided any false information).

So: someone somewhere must believe they did, for a rumor to have funneled down from city hall, the way it did.

Posted by Wake up wilkes barrr at 10:21 AM No comments: 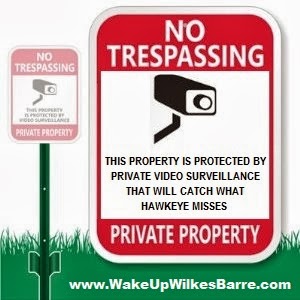 Source:
Posted by Wake up wilkes barrr at 6:09 PM No comments: 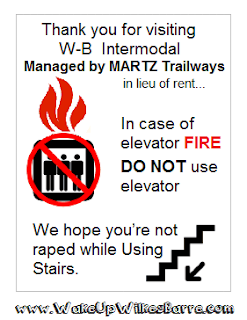 If you’ve ever visited the Wilkes Barre Intermodal, you’re likely not surprised by the amount of trash lingering around the garage, but it may come as a surprise that there was apparently so much trash stuffed in the elevator shaft that it erupted into flames.

Who is responsible for this mess?


This dump falls directly under the control of the Intermodal Management Company, DBA (doing business as) Martz Trailways.

According to a Times Leader news article from 2010 “The city entered into an agreement with Martz Trailways to be the management company for the Intermodal. In lieu of rent, Martz takes on the responsibility of running the terminal and keeping it clean.”

AND of course at the time “Leighton praised Marie McCormick, city administrator, and Butch Frati, director of operations, for seeing the project through to completion.”

Posted by Wake up wilkes barrr at 9:16 AM No comments: 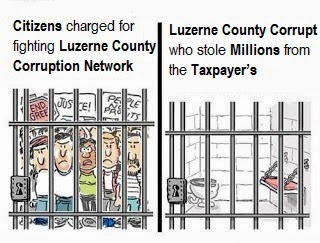 Former Luzerne County Controller, (AKA Corruption Fighter), Walter Griffith will serve three years’ probation for tape-recording the thieves who made off with millions in taxpayer funds, that should have been used to repair the now demolished Hotel Sterling.

Now don’t get me wrong Griffith did commit a crime. He broke Pennsylvania Law when he recorded slime balls telling him how they stashed the cash, and saved their A$$, but more importantly Griffith violated a longstanding Luzerne County Policy of not ratting each other out, and for that alone Griffith MUST be punished.

After all who did Griffith think he was, recording the all knowing, self-important, Judd Shoval, who likely enjoyed telling Griffith exactly where the cash was stashed, and how he could do nothing about it?

For those of you who are enjoying Griffith’s demise, we do have to wonder WHY? Whose pocket do you have your hand planted in?

Again Griffith broke the law, and should be punished for his crime, but what of those who made off with taxpayers cash, gas, auto repairs, garbage pick-up, or anything else for that matter?

Well in Luzerne County, they will likely be nominated for the Nobel Peace Prize.

Look all I am saying is, let the punishment fit the crime, and apply the same level of prosecution to ALL….

Posted by Wake up wilkes barrr at 11:00 AM No comments: 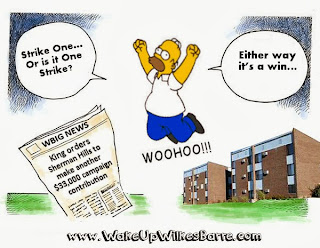 The City of Wilkes Barre cited Sherman Hills Realty LLC, $33,000 because as the city put it "they failed to have 60 units inspected after tenants moved out since the City's last inspection in May. They were fined $33,000 - this includes fines and new inspection fees."

Now as many will tell you, Sherman (Hood, Slums,) Hills, whatever name they are using these days, has just about gone unnoticed by this administration, and as federal inspectors storm the building the city miraculously pounces into action. Really???

Hum sounds like when the King's LAG investigation conveniently wrapped up, literally as Leo was being taken in custody.

Posted by Wake up wilkes barrr at 7:38 PM No comments: 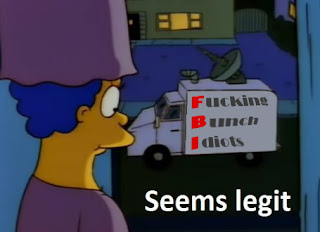 Welcome to the new FBI, where they report the fabricated crime statistics of a drunken sloth King.

The Citizens Voice:
The Times Leader:

Hello FBI… Is this thing on?

Correct me if I’m wrong, but was crime down citywide last year?  My guess is watching the increasing number of boarded up homes grow, while at the same time Real Estate values have fallen faster than the King’s pants with a prostitute nearby. It’s a safe bet crime has steadily increased, not at all decreased.

This year we have seen 8 killed on our (safer) city streets in 9 months, and that’s not to mention those shot, and NOT killed. Or robbed, beaten, raped, or slaughtered. OK I guess it does account for the slaughtered, but you get my point. Yet at this rate the FBI should be predicting that crime has all but vanished citywide for 2013, and my question to the Sheeple of Wilkes Barre, Are you buying it? 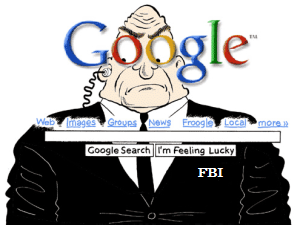 One has to wonder if the FBI actually knows what is going on. I mean you would think with all their spying technology they could at least find, and read any one of our 3 city newspapers, or at minimum, Wake Up Wilkes Barre.

Posted by Wake up wilkes barrr at 10:04 AM No comments: 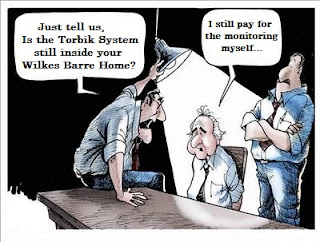 Upon hearing the unanswered questions from private residents, The Wilkes Barre Independent Gazette traveled all the way to Hobbs, NM to interview former Wilkes Barre City Administrator, J.J. ($300 per hr) Murphy. Who, as luck would have it, just received a huge pay raise the very week the Gazette came-a-calling...

Murphy previously stated publicly that he gave that pesky security system back, BUT now tells the Gazette that he is still paying for the monitoring fees for the allegedly given back security system, and out of his own pocket no less.

I know what your thinking, contract, right? After all it was only installed in 2005, I'm sure it must still be under contract...RIGHT??? HA HA!!!

So for all the DA’s blustering that she personally saw the system, the Gazette also attempted to call, her, but like any Luzerne County politician she didn’t return the reporters calls. Hum me wonders who the DA is in bed with?

Stop Harassing Da’ King, or else!! 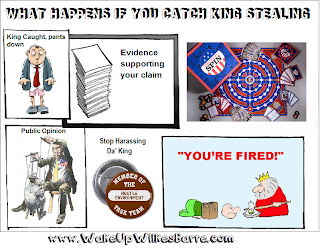 Attention ALL City Employees: Should you encounter the King either fully engaged in, or conspiring to do anything, that you, and I know he shouldn’t, you are now required to LOOK THE OTHER WAY…

Pay no attention to that ageing document in Philadelphia, for you have a contract with a union (that swore to protect you), but unfortunately they too are on the Kings payroll.

We the people pay not ONE but TWO, City Liars to spin the law, as the King sees fit, and should you be lucky enough to have an attorney, I’m sure we can find a way around him or her.

Exhibit A: The Backroom Bakery: Founded in 2009, by his lordship, and his car-jacking golden boy, to be the new and improved SWB Chop-Shop.

Exhibit B:  Facebook Rants: Read your union contract, you may not disparage your employer in public.

Exhibit C: Children? If you have them, the King will use them against you, while he hires his own.

Bottom line: Speaking ill of the King shall be grounds for immediate termination, as you are creating a “Hostile Work Environment”.

For those readers who have no idea what in the world we are rambling about, please read the Citizens Voice Article below, and remember, the King, and Co. reserves the right to blame any employee, for any article printed, either on Wake Up Wilkes Barre, or in any city newspaper, at anytime, without warning.

Hawkeye is currently not in service??? 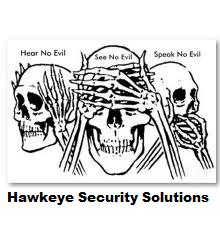 When is it?, should have been the Officers response.

Posted by Wake up wilkes barrr at 9:24 PM No comments:

On September 1, 2013, The Citizens Voice Newspaper accurately pointed out the massive, unaddressed, overlooked, or ignored problems with one of the city’s low income, out of town, crime infested, falling down, slumholes.

Now of course the CV used far fewer words in their description than we did. In-fact their exact verbiage was, “Crime-prone. Drug-ridden. Violent.”, and although the CV was far more tackfull than Wake Up Wilkes Barre, I believe you get the picture in either case.

According to the CV “City Hall has a poor record when it comes to enforcing its own property rules. Sherman Hills went two years without notifying the city when tenants moved out so that city-mandated inspections could take place.”


The point is, one has to wonder why any city government (especially one that just passed a strict one strike policy) could possibly overlook such a stick hole? Well my friends the answer is quite simple, and Mark Robbins adequately addressed the issue on his Blog WB-TRUTH. Mark alleged that our King was bought off, and knowing the King as I do, it wouldn’t take much.

We’ve all seen him take campaign contributions in exchange for contract’s, he’s even looked the other way, while a city contractor violated his contract and swindled old lady’s out of their vehicle’s.

After all those slums receive federal moneys, and HUD must do an inspection, so why would the city need to do one?

Let me ask you private landlords, accepting section 8, if you still had to have a city inspection?

Did you have 2 inspections? One from the city, and one from Section 8?