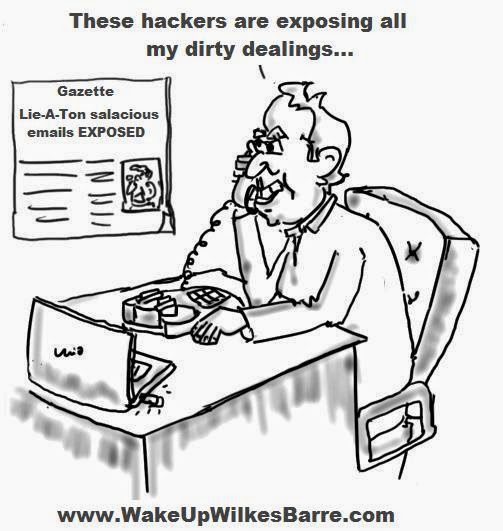 I don’t know what worse, the fact that someone hacked the city emails or that the emails show Leighton and one of his buddies, discussing how the Mayor will use his ‘pull’ to get his buddy’s daughter a free ride through medical school.

I mean don’t get me wrong, I never doubted that the King does things he shouldn’t for those he owes favors to but come on already.

At what point is enough too much, what kind of city do we live in, where a hacker can't hack into a city and find respectable city business and not emails full of bribes and favors?

Attention Republicans in Pennsylvania’s 121st District, represented by Edwin A. "Eddie Day" Pashinski (Democrat) as the Republican Party has NO candidate and NO hope of removing Mr. Pashinski in favor of someone who will support HB76 The Real Property Tax Reform Act, I am asking all Republicans to write in Betsy Summers, the Libertarian who will be on the November Ballot seeking to unseat Mr. Pashinski.

Now I know what you’re thinking, why do I need to write Betsy in if she will appear on my Ballot in November anyway?

ANSWER: Simply, there are a LOT of straight party voters in PA, who just walk in and hit either the Democrat or Republican button and walk out. So by writing Betsy in now you actually stand the best chance of unseating Mr. Pashinski in November.

Fact: Summers has vowed to support 76, and be a steward of the taxpayers.

The time to demand Real Reform is NOW! Find out more at RealReform76.com

Posted by Wake up wilkes barrr at 2:11 PM No comments:

The straw that broke LAG’s back 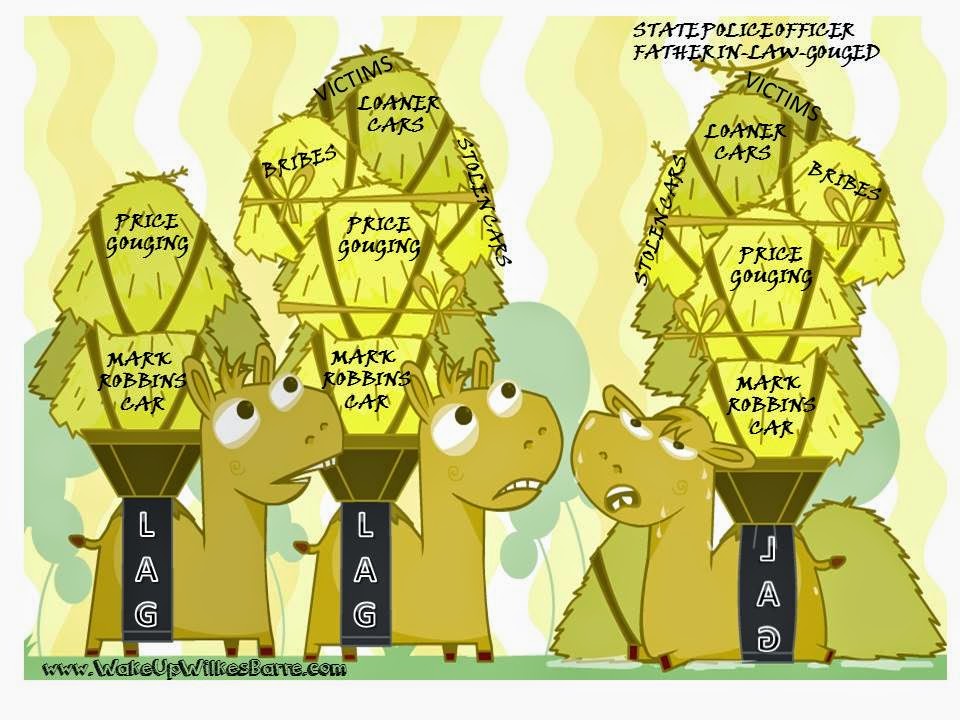 For those of you who only followed this case in the press, and may be thinking that Leo was ONLY charged because he inadvertently charged a Pennsylvania State Trooper’s Father-In-Law, I can only say Wake Up People.

This case was about soooooo much more.

As reported by the Citizens Voice

Prior to Trooper Mimnaugh’s dealings with Glodzik, testimony showed that the FBI had been accumulating evidence of Glodzik ripping people off.

Frank Sorick, a critic of city government and president of the Wilkes-Barre Taxpayers Association, attended nearly the entire trial and said the proceedings clearly highlighted the fact federal officials were and are investigating corruption in the city.

“It certainly showed there is an ongoing corruption scandal being investigated,” Sorick said.

Mimnaugh’s incident was “the straw that broke the camel’s back,” Sorick said.

This was the first in what is sure to be a slew of charges to follow a culture of corruption that has been running rampant in the City of Wilkes Barre for years. 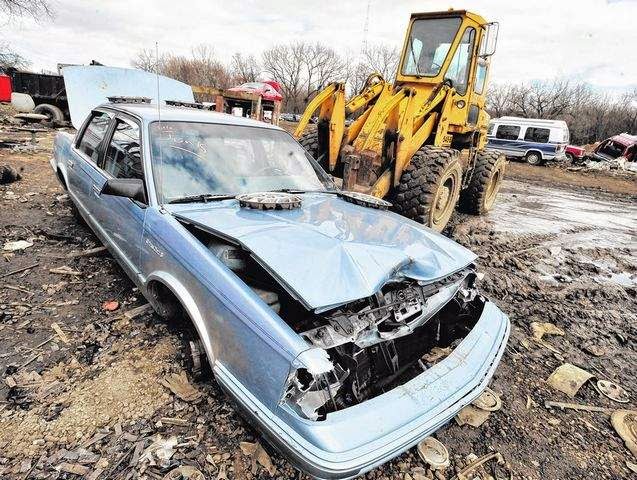 Anyone who thinks Our Leo, or King Lie-A-Ton is being treated unfairly need be reminded of the 80+ year old woman who had her car stolen, then found by Plymouth Police (In Good Condition per PD) only to have it dropped in front of her home in smashed beyond repair. Leo, and Lie-A-Ton showed her no remorse, so I would shed a tear for them.

A special thank you to Luzerne County First Assistant District Attorney Sam Sanguedolce, for the great job he did prosecuting this case.

Source
Posted by Wake up wilkes barrr at 5:16 PM No comments:

Leo is a crook! 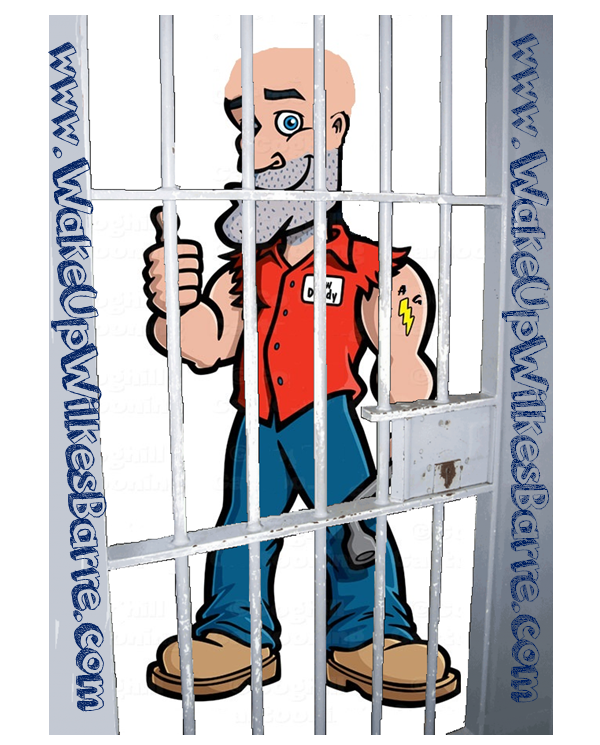 We at WUWB have known it all along, but now according to a Luzerne County Jury, Leo Glodzik III is a thief, as he was convicted of stealing cash seized from a car during an FBI sting operation in January 2013.
Guilty


In covering the outcome of Leo’s guilty verdict, The Citizens Voice asked the city if LAG would move from suspension to termination, and the city’s spokes joke Liza Prokop said “At this point, we will be looking at our legal options before making a decision, until then no further comment.”

Are you kidding me Liza?


Back in January you were singing a different tune: "Anything other than a full acquittal is ground for termination," the city's press release said.

Likely because you though this thug looking thief would skate, but thank God the jury knew better.

Source:
Posted by Wake up wilkes barrr at 7:41 PM No comments:

Entrapment of our poor Leo?

Today was the first day of Leo (LAG Towing owner) Glodzik’s criminal trial, and Glodzik's defense attorney Michael Sklarosky said the case was all about "entrapment."

Here are the facts, and they are unrefuted by the City, State Police, FBI, or even Poor Leo himself.

Those are the facts in this case, and again nobody's refuting the facts.

All Sam Sanguedolce need say at closing is no trap the FBI or State Police cooked up would or could ever catch an honest person.
Wikipedia defines Entrapment:

Source:
Posted by Wake up wilkes barrr at 3:48 PM 1 comment: 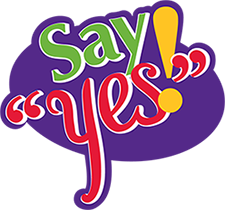 The Times Leader, Monday, published that “Kevin’s Law’ petition started by Mr. Uwe Fisher, to close Pennsylvania’s DUI loophole gathers steam online”, not only has the online petition calling on state lawmakers to close Pennsylvania’s “DUI loophole” has gathered more than 1,300 signatures after Thursday’s sentencing of hit-and-run defendant Thomas Walter Letteer Jr., including a message from one of the prosecutors on the case.

But it should also be noted that the Facebook group “Supporters of Kevin’s Law” started by Darla Jones Carey, has also boomed with support. The group now has over 3,200 members, and growing. 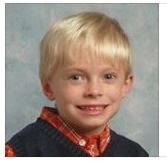 We encourage everyone to join the group, sign the petition, email, write, or call your state legislators, and ask that they close this loophole, so, God forbid another drunken slim ball takes the life of a poor, sweet, innocent child, and flees the scene, without having the decency to stop, call 911, and face the music, then at least our State Law will have the teeth needed to provide the slime with the much deserved marching band of his own!!!!